How much screen time is too much for kids? It’s complicated 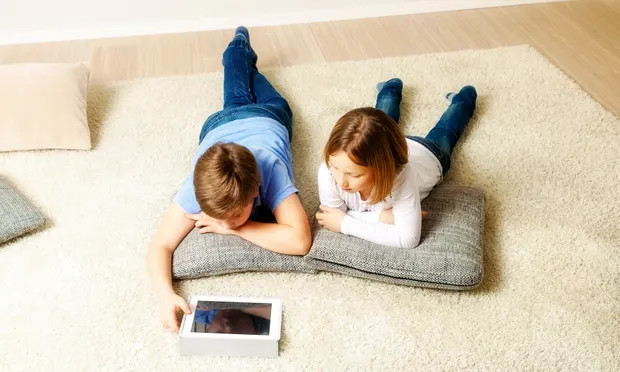 Parents have been advised to limit media consumption, but research suggests it?s the nature of it that matters.

For many parents in the digital age, battles over screen time and devices have become a depressing part of family life, and knowing how much is too much has become a moving target.

Whether it?s three-year-olds throwing tantrums when the iPad is taken away, seven-year-olds watching YouTube all night, nine-year-olds demanding their own phones, 11-year-olds nagging to play 18-rated video games that ?all their friends? are, or 14-year-olds who are never off Instagram, every stage of childhood and adolescence is now accompanied by its own delightful new parenting challenges.

Up until a few years ago parenting advice centred around the concept of ?screen time? quotas with a Goldilocks-style sweet spot of two or so hours of screens a day, beyond which media use could become harmful.

The American Academy of Pediatrics (AAP) still recommends a maximum of one hour of ?high-quality programming? for children under 6, but thereafter simply encourages parents to ?place consistent limits on the time spent using media? and designate screen-free time as a family.

It?s unclear whether that means four hours playing a video game on a Sunday is okay, or whether it is better to have three 20-minute sessions with the iPad than one hour-long session. Is it really that bad if my 18-month-old watches a couple of episodes of the Twirlywoos before dinner?

Many parents will be relieved to hear that recent research suggests that it?s not so much the length, but the nature of the screen time that matters. Whether it?s passive TV or social media monitoring, active video game playing, socialising with WhatsApp, or getting creative in iMovie.

Jocelyn Brewer, a psychologist who specialises in the concept of ?digital nutrition?, likens media diets to what?s on our plates: rather than counting calories (or screen time), think about what you?re eating.

?It?s not just about whether you consume any potential digital junk foods, but also your relationship to technology and the role it plays in your family life,? says Brewer. ?We know that using screens to soothe or pacify kids sets up some concerning patterns of relying on devices to calm or distract a child (or teen, or adult) from their experience of unpleasant or uncomfortable emotions ? so we want to avoid using screens to placate tantrums, just like we want to avoid eating ?treats? to calm emotional storms.?

Should Your Toddler or Preschooler Use an iPad?