Should Your Toddler or Preschooler Use an iPad? 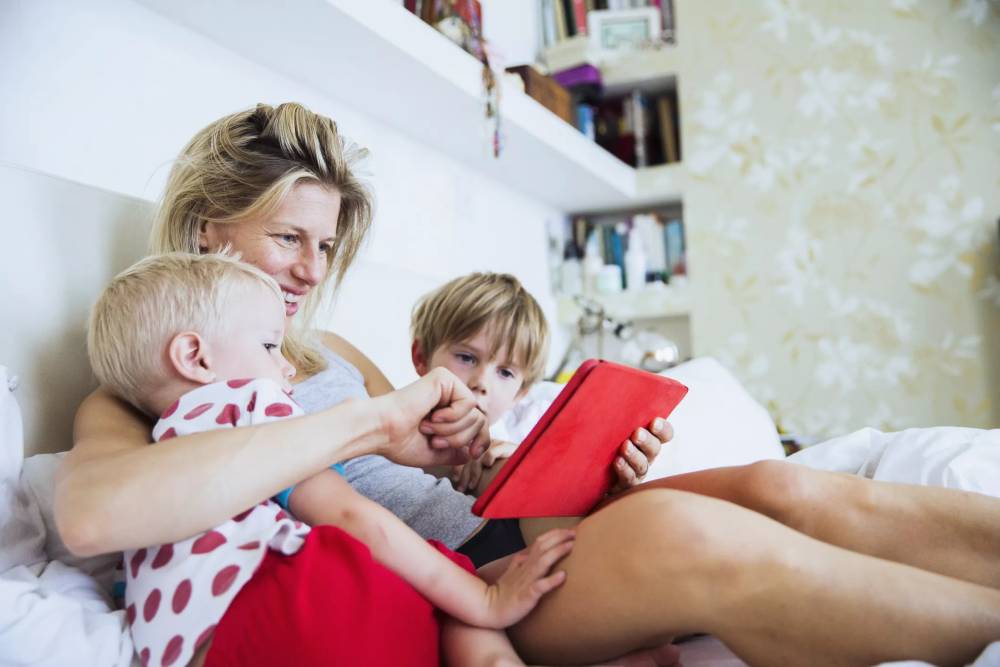 To iPad or not to iPad, that is the question. At least for the digital age parent. Whether you are the parent of a newborn, a toddler, a preschooler or a school-aged child, the question of whether the child should use an iPad (and how much!) becomes ever more pressing, especially as similar-aged children huddle around tablets at restaurants, concerts, sporting events and almost any place where both children and adults gather together. In fact, the few holdouts where you don’t see a mass of children focused on the digital world are those places that focus on the child: the playground or the swimming pool.

Is this good for our children? Should your child use an iPad? Or should you avoid it?

Let’s start with something that isn’t quite obvious to everyone: it’s good for a kid to be bored. This applies to the two-year-old, the six-year-old and the twelve-year-old. One thing the iPad shouldn’t be is the end-all-be-all cure for boredom. There are much better ways to respond than handing the kid an iPad.

It is not about the cure. It is about the hunt for the cure. Kids need to stretch their creative muscles and engage their imagination. They can do this by playing with dolls, drawing with crayons, building with play-do or Legos, or any one of hundreds of other non-digital activities. In this way they not only engage their creativity, they learn more about their own interests.

Kids Need to Interact With Other Kids

Imagine a world where every time a toddler argued with another child over a toy they were both given a tablet. When would they ever learn how to be frustrated, how to overcome conflict and how to share? These are some of the dangers pediatric psychologists fear when they warn against tablet use. It is not just a question of how much (or little) the child is learning from the tablet, it is also what they aren’t learning when they are using the tablet.

Children learn through play. And an important element of this is interaction. Children learn by interacting with the world, from learning to open a door by twisting a knob to learning how to deal with frustration when a headstrong playmate takes a favorite toy or refuses to play a favorite game.

The Displacement of Learning

One thing these two concepts have in common is how they displace key elements of learning and child growth. It isn’t so much that the use of the iPad is doing harm to the child ? in fact, iPad use can be good ? it’s that time with the iPad can take away from other vital lessons the child must learn.

While children gathered around an iPad are being social in the sense that they are together, they aren’t being social in the sense of playing with one another. This is especially true when each child has their own device and are thus locked into their own virtual world. This time around the iPad takes away from time that could be spent playing outdoors, using their imagination to defend a make-believe castle or simply telling each other stories.

And this is just as true for the lone child as it is for the group of children. When a child is playing with an iPad, they aren’t feeling the tactile sensation of opening a book and touching the letters on the page. They aren’t building a fort with sheets and chairs, and they aren’t baking an imaginary cake for their baby doll.

It is this displacement of learning that can become the true danger of the iPad when it is used too much.

The answer: Yes. Sort of. Maybe. In moderation.

It seems everyone has an opinion on the iPad. We have people arguing that tablet use by toddlers is tantamount to child abuse and those who believe there are good educational uses for them.

Even the American Academy of Pediatrics is a little confused, having updated their longstanding policy that screen time should be avoided at all cost by those two and younger to a more nuanced approach that we live in a digital world and that the content itself should be judged rather than the device that holds the content. Which sounds nice, but isn’t quite a practical guideline.

How much screen time is too much for kids? It's complicated

6 reasons children need to play outside